Vegetable soup is probably the first thing anyone thinks of when soup is mentioned. Properly prepared it is a power house of nutrients with minimal calories and can be very easy to make. You pour some of your good broth into a big pot and add the vegetables you like.

Vegetable soup can be made in many different ways. Carrots, potatoes, onions, and celery cut into big chunks are what first comes to mind. Adding peas or beans will create a soup with complete proteins. If you have some crusty Italian bread or fresh baked cornbread vegetable soup can be a hearty meal.

There are more hearty vegetable soups that can serve as entire meals. Navy bean soup, split pea soup and corn chowder are a few possibilities. Vegetarians can substitute olive oil for the bacon and still have excellent soup from these recipes. These recipes make eight one cup servings.

Navy bean soup is made by first sorting a package of navy beans. Once you’ve picked out any rocks or lumps of dirt rinse them thoroughly. Have a pot of water boiling, eight quarts per pound of beans is a good beginning. The beans will increase four times in size by the time they are done.

Trickle the beans into the boiling water slowly so as not to stop the water boiling. Once all beans are added reduce to simmer and check occasionally; adding boiling water as needed. Two hours into the cooking sauté some bacon with onion and garlic. Add this to the beans along with salt and pepper to taste. Simmer another hour and then serve with fresh bread. 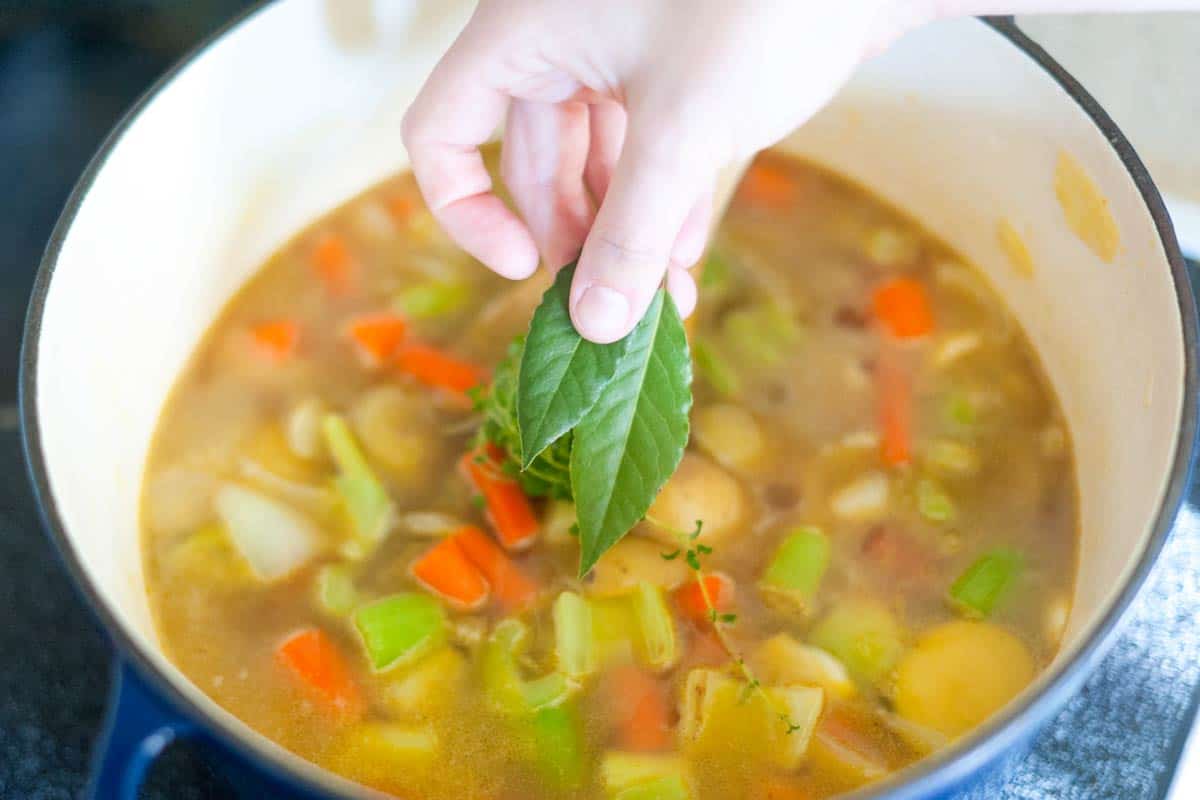 Split pea soup is a quicker soup to prepare than Navy Bean Soup. Sort and rinse the peas. Set aside peas and sauté bacon, onion, garlic, carrot and celery until it just starts to brown. Add split peas and then pour in two quarts of water per pound of peas. Let simmer for forty five minutes or until it is a thick soup.

My favorite addition to split pea soup is pimento cheese sandwiches on rye bread. I make the pimento cheese by shredding cheddar cheese and adding a small jar of pimentos and some finely chopped onion. I mix this well and spread on the rye bread. Some add mayonnaise or salad dressing but this makes the mixture too oily for my taste.

Corn chowder is another favorite of mine. I’m lazy and use frozen corn most of the time instead of cutting fresh corn off the cob as my grandmother did. Also she used fat salt pork. This isn’t as easy to come by any more so I use bacon.

Sauté bacon, onion and garlic. Add one cup of corn and two cups of diced potatoes. Add two cups of boiling water and four cups of milk. Simmer until potatoes are tender and then salt and pepper to taste. When I can find them I like serve oyster crackers with this soup.

Soups made from scratch take time but they are filling and provide more nutrients per serving than almost any other dish. They are also very filling so you eat less when you dine on soup or have it for starters.